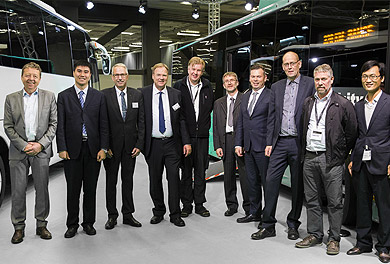 The passenger traffic fair in Gothenburg had global features. The Chinese bus manufacturer Yutong sold at the Gothenburg trade fair the first electric buses that Yutong sold in the Nordic region.

Customers are local traffic in Reykjavik, Straeto. The deal had been negotiated earlier, but the final signing of the deal took place in Yutong’s stand at the fair, where Yutong also showed a city bus of the same model that Straeto has now bought.

102 Yutong e-buses will run in Bergen (NO) for Keolis. Even 15 meter units have...
Translate »
Scroll to top