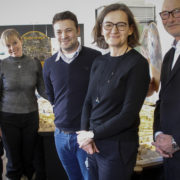 As the first municipality in Denmark, Roskilde has chosen to let all internal municipal bus lines operate 100 per cent. of electric buses. It decided the city council at its meeting yesterday evening.
In the city of Roskilde, the municipality, in cooperation with the Movia company, implements electric buses on all nine municipal bus lines, with which the municipality has full decision-making power. This applies to the busy city buses 201A and 202A as well as lines 203, 204, 205, 206, 208, 209 and 212. Together, it comprises about 2.8 million. passengers annually. The electric buses will run from April 2019.

Mayor Joy Mogensen is pleased that the municipality of Roskilde has taken the lead in the green change of public transport.
”I am very pleased that Roskilde City Council, with the decision that all city buses should run on electricity, can make a contribution to slowing down the climate change that the municipality has had close to life in the form of floods. Someone must go forrest in the turnaround to green public transport, and I am pleased that we can do this here in Roskilde, ”says Joy Mogensen.

The chairman of the municipality’s Climate and Environment Committee, Karim Friis Arfaoui, reiterates that electric buses do not emit any local air pollution (NOx and particulate matter).
”There is also no local discharge of CO2 from electric motors, which means that the municipality will save 1,400 tonnes of CO2 annually. This corresponds to the fact that 470 more electric cars suddenly drove on the roads – they could each drive 20,000 km a year – well felt within the boundaries of Roskilde Municipality, ”says Karim Friis Arfaoui.

The buses will also shrink less, which could be felt especially in the densely populated areas of Roskilde city center.

Managing Director of Movia, Dorthe Nøhr Pedersen, sees Roskilde Municipality as ”first mover”, which will push for a development that will surely extend to the rest of Movia’s area – and the rest of the country.
”Movia, together with the municipalities and regions, has agreed on a common goal that bus operations should be fossil-free in 2030. So we are very pleased that the municipality of Roskilde is now leading and can inspire other municipalities to live up to the common climate and environmental goals, ”says Dorthe Nøhr Pedersen.

It is the company Umove East, which has won the offer for electric buses in Roskilde Municipality. Managing Director of Umove, Johnny B. Hansen, states that the buses in Roskilde will come from the world’s largest bus manufacturer – the Chinese company Yutong. The manufacturer has many years of experience with electric buses. And produces a total of 300 buses a day. It will also be the Chinese manufacturer to supply the equipment to charge the buses and provide the service of the total of 20 electric buses. This will happen from a completely new garage, which Umove will build in Marbjerg near Trekroner.

Movia is preparing for the next offer, where the carrier also expects to see electricity on lines 2A and 18 in Copenhagen and Frederiksberg, as well as Ballerup and Egedal are expected to introduce electric buses on three bus lines in connection with the tender. 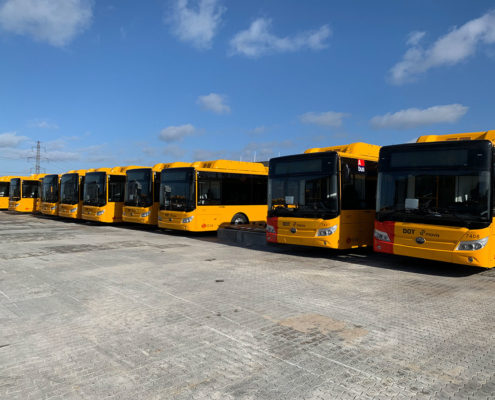 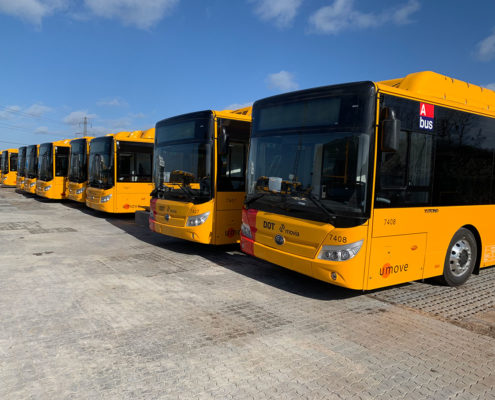 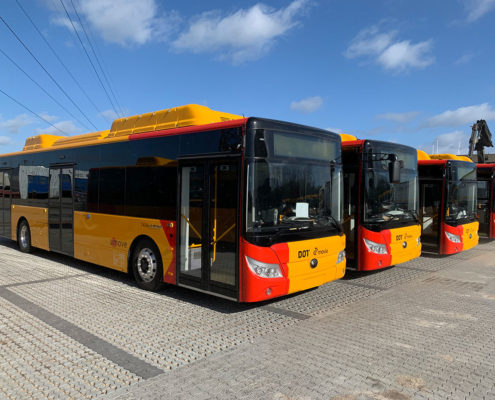 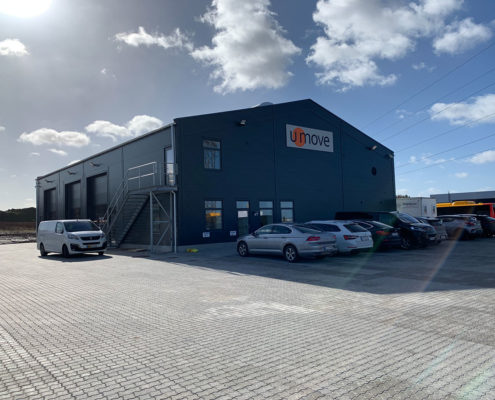 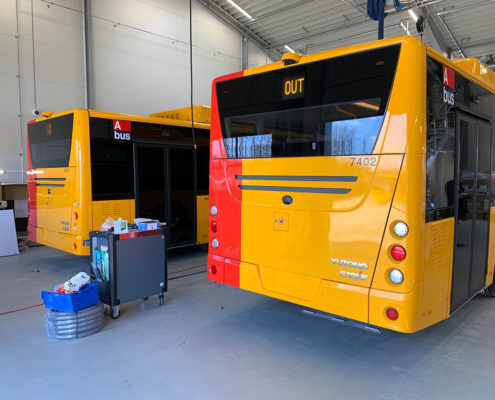 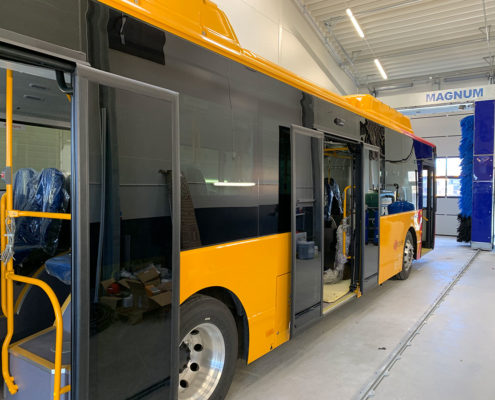 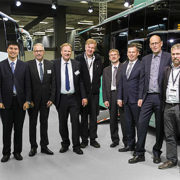 The passenger traffic fair in Gothenburg had global features. The Chinese bus manufacturer Yutong sold at the Gothenburg trade fair the first electric buses that Yutong sold in the Nordic region.

Customers are local traffic in Reykjavik, Straeto. The deal had been negotiated earlier, but the final signing of the deal took place in Yutong’s stand at the fair, where Yutong also showed a city bus of the same model that Straeto has now bought. 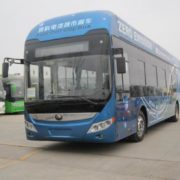 Recently, Yutong was given the permit by China’s Ministry of Industry and Information Technology (MIIT) to produce fuel cell buses, which have been officially put on the list of new vehicle products. Thus, Yutong becomes China’s first commercial vehicle producer qualified for making fuel cell buses. The permit awarded to Yutong also marks the beginning of commercialization of fuel cell buses in China.

Fuel cell vehicles have pointed the ultimate direction for the development of new energy vehicles. For all these years, Yutong has been attaching great importance to the technological advancement of fuel cell buses. As early as 2009, the bus maker rolled out its first generation fuel cell buses. In the next few years, the company has gradually mastered the core technologies in this field, such as fuel cell bus control technologies, system compatibility and technological integration, and in-wheel driving motor control systems. In 2013, Yutong introduced a new generation of fuel cell buses, which adopt low-floor access, in-wheel driving motor systems and advanced communication technologies. In addition, with highly pressured hydrogen in its store, the vehicle is able to meet the needs for public transport after a single refill of hydrogen.

In order to take the lead in fuel cell bus development, Yutong has been making heavy investments in this field. So far, it has established a professional R&D team led by highly skilled staff, all of whom are PhD. holders in such fields as vehicle engineering and chemical engineering. The team has been sparing no effort in making new innovations in a number of frontier areas, such as vehicle control, fuel cell integration and control, driveline matching and integration, motor and related control, vehicle and related spare parts certification. By joining hands with a few well renowned research institutions and universities, it has been constantly making new breakthroughs. Now, boasting a strong professional R&D team, Yutong is fully capable of developing and producing fuel cell buses. To speed up the research and development of fuel cell buses, Yutong has completed the construction of hydrogen refilling stations for vehicles in Beijing, Shanghai and a third city in central China, significantly boosting the sustainable growth of fuel cell buses in these cities. 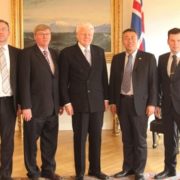 Mr Ólafur Ragnar Grímsson President of Iceland and Mr Wang Feng Vice President of Yutong China met in Iceland. The purpose of the meeting was to discuss about cooperation between Yutong, largest bus manufacturer in the world, and Yutong Eurobus ltd in Iceland.

Mr Ólafur Ragnar Grimsson has shown his interest in the project and cooperation between Icelandic and Chinese companies. Iceland with it’s pure nature is excellent land to be one of the first in Europe to have Chinese pure electric buses for testing and promoting. The “New Energy Product Line” in Yutong is very interesting for Icelandic operators like other operators in Europe. 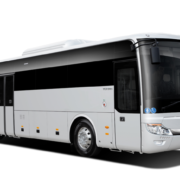 From Zhengzhou to the whole country, from China to over 110 countries and regions like Cuba, Russia, Iran, Saudi Arabia, Sudan…

Yutong’s footprints have been presented all over the world so as to provide effective solutions to global operators.